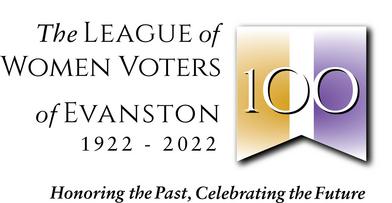 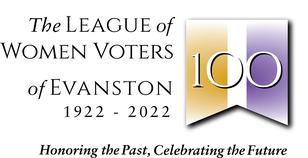 At the May 23, 2019  LWVE Annual  Meeting, members in attendance approved the following proposed local program for the 2019-2020 League year.

The League of Women Voters of Evanston will take appropriate action or collaborate with and support like-minded organizations and coalitions in Evanston and other northern suburban communities, to advocate for issues consistent with League positions. The four main focus areas are listed.

1.  LWVE will back state and national League of Women Voters climate action priorities   and will support the City of Evanston in implementing its Climate Action and Resilience Plan.

2.  Continue analysis of current Boards, Committees and Commissions to develop a model that best balances important missions for BCC’s with efficient use of city and citizen personnel.

Key activities:
The Local Government group continued to monitor this issue, but City Staff and City Councildiscontinued their announced efforts to restructure, so no further work was needed.

3.  Use the 100th anniversary of women suffrage, the founding of the League of Women Voters, and the election of 2020 as outreach focal points to engage our membership and recruit new members.

​Key activities:
LWVE was an active participant in the working group planning and publicizing events to commemoratepast achievements in political rights for women and call attention to continuing factors compromisingvoting rights. LWVE worked with other groups to sponsor an extensive set of activities, culminating in a Voting Rights Symposium and Suffrage Rally in Fountain Square in August. Due to COVID-19 many ofthese activities had to be cancelled.

4.  Investigate reasons for low voter turn-out, especially among young people (18-30) in local elections.Based on the results, develop and implement a plan to increase voter turn-out. To the extentpossible, use measurable goals and evaluate outcomes of the plan.

A review of the literature was conducted to determine best practices to increase the youth vote. Focus group discussions with young people were held in order to help meet this goal. Contacts at community and educational organizations helped identify potential participants.

The following recommendations were made by the committee based on the focus groups and literature review:

➢ Continue to support activities that increase voter participation, including but not limited tothe following:
▪ Create a series of fact sheets or Frequently Asked Questions/FAQs to provide moreinformation on the registration and voting process and include links to reliableinformational sources.
▪ Revive active collaboration with other organizations to register voters and increasevoter turnout through the Voter Participation and Action Coalition/VPAC.
▪ Expand voter registration opportunities at events and venues that have the potential toincrease voter turnout among all ages and with a greater focus on information aboutlocal government and issues.
▪ Advocate for expanded preregistration and easy access to polling stations, including on-campus voting at college campuses.
▪ Advocate against legislation and other measures that suppress the vote.